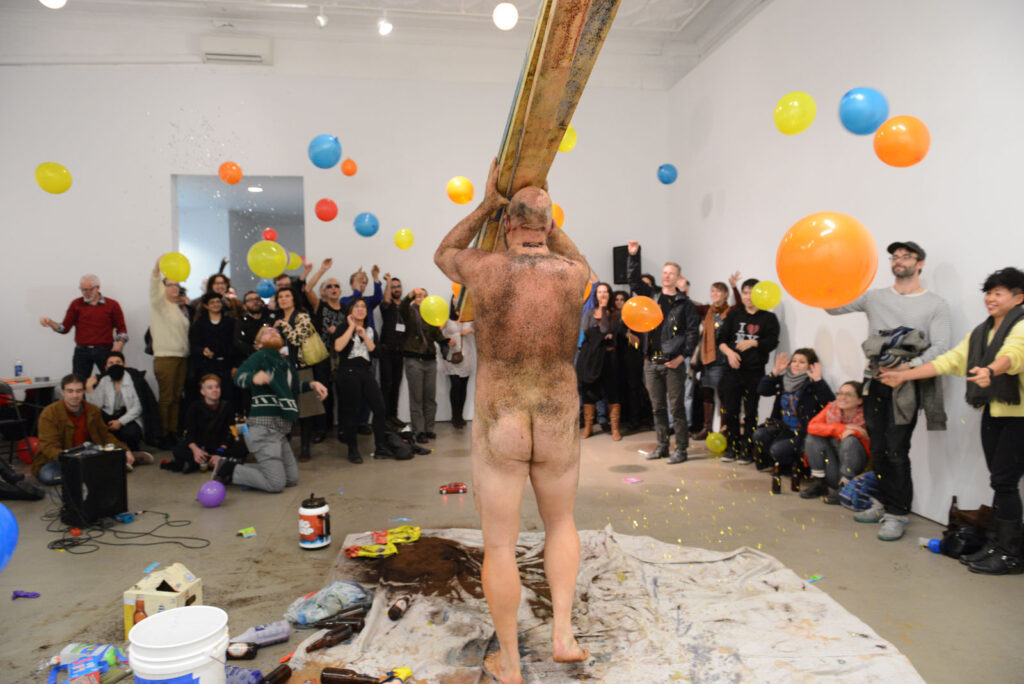 What defines the location of the actual performance? Is it the last 3 seconds, where I am trying to hold something over my head for as long as I can, or is it all the work that led up to those 3 seconds? What determines how long I can hold it? Is it possible to hold it forever? I am interested in physical strength and the perception of effort: what objects and actions will challenge my physical and mental capacity and modify my internal and external perceptions of self.

Jeff Huckleberry received his undergraduate and graduate degrees from the School of the Museum of Fine Arts, Boston. Jeff has been performing art for the last 20 years, both nationally and internationally. He enjoys the bicycle, the hammer, the saw, the wood, his wife and son, his family, his friends, his work. (… except sometimes he doesn’t enjoy these things as much; it depends.) He is the son and grandson of far more practical people. Some people say he is more handsome without his glasses, and his mother thinks it is time to stop getting naked in front of people. Oh, and something about death.