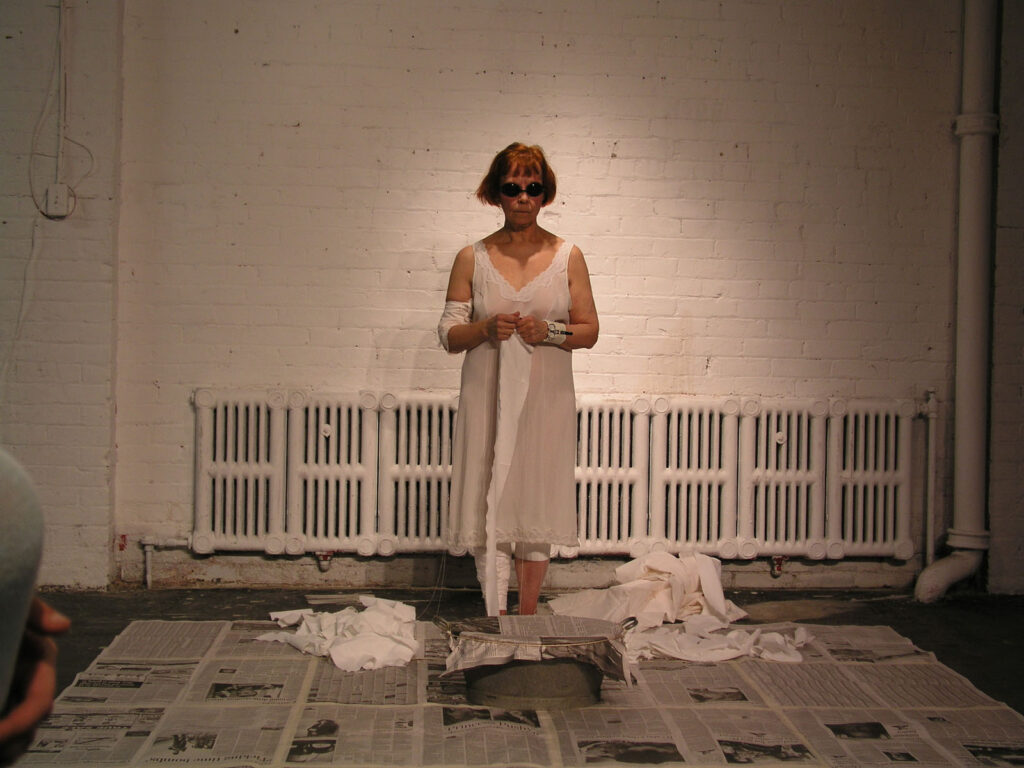 Towards the Pure is about trying to cleanse oneself in public.

Helinä Hukkataival’s work has been influenced by more than 11 years of practice in Tai Chi and Zen meditation. She is drawn to the minimalist style of the Japanese tea ceremony and the simple performative acts of Fluxus. Sometimes comparing her performances to long forgotten rituals or to dreams shared by the audience, her works often have surrealistic elements and, like dreams, are always open to interpretation.