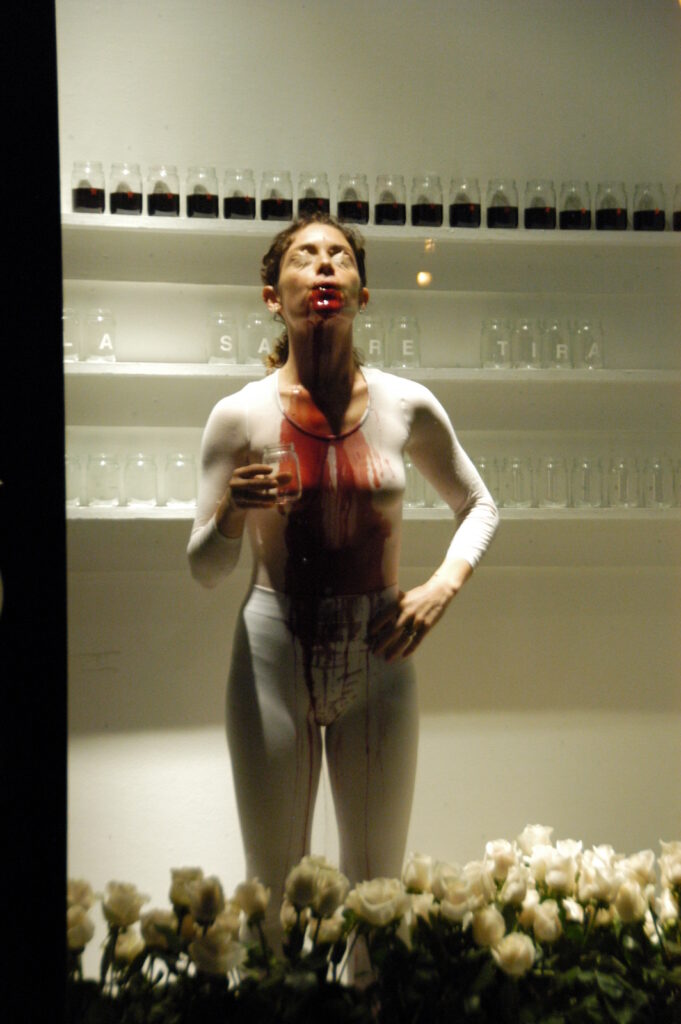 As a visual artist and contemporary woman, I engage in explorations to better understand the dynamics of male power, seeking to overcome pervasive sociological and physical male dominance. The so-called fragility of the woman’s body is always seen as disadvantageous when pitted against the strength of a man’s body, and this perception, further influenced by upbringing and education, causes changes in physical and social behaviour that are not driven by the simple hormonal differences that exist between us. In performance, I seek to create a discourse through encounter in which the artist’s and audience’s bodies become equally vulnerable, and a different dynamic is exposed.

Alejandra Herrera is co-founder and curator of PerfoPuerto, an independent organization of performance art based in Santiago, Chile. In addition to her work as an artist, she has curated international performance events featuring the work of over 100 artists from 23 countries in North America, Asia, Europe, and South America.