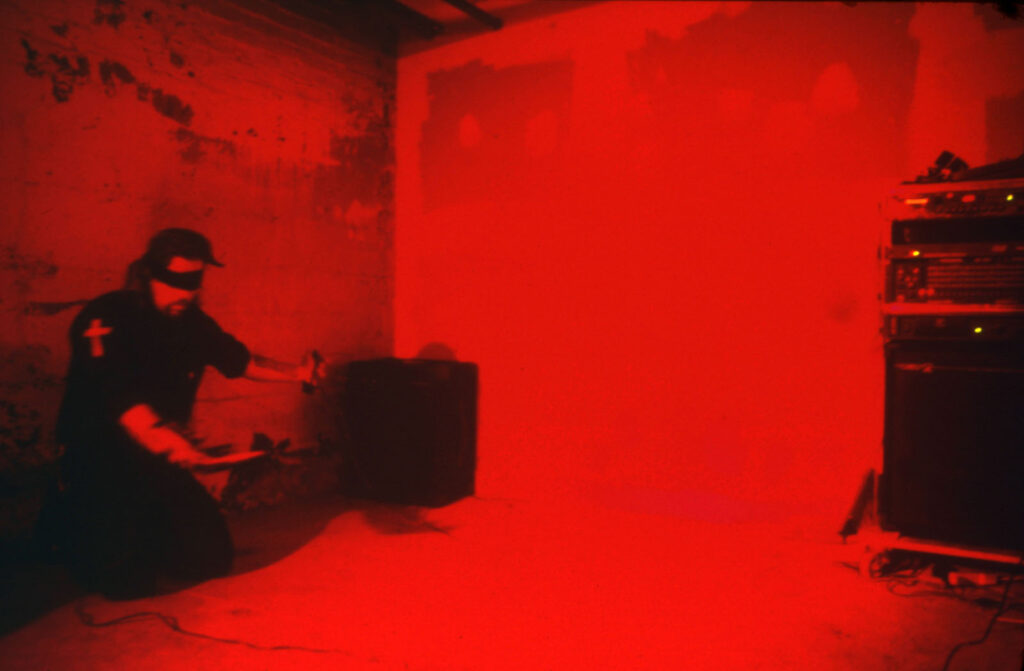 Curated by Terril-Lee W. Calder as part of Dinner @ 5 (we are what we eat)

Ken Gregory’s piece Twelve Stations of the Cross will evoke the ritualistic aspects of eating, transforming the act of dining into a formal mass. As the room is flooded with electronically generated sound, The audience will dine on the body of the 20th Century Gaia.

Ken Gregory is an audio artist currently exploring  user-defined interactive computer software and hardware for the making and performing of audio works. These audio works have been recorded on tape, performed live in concert settings, and have been installed in public spaces nationally and internationally. Gregory has done extensive work in performance, installation and mixed media for the past ten years and has gained recognition for his work in sound engineering, composing and audio design for independent film and video. Some of his performance and installations include Decree One: a Dire Warning of Eternal Retribution, the 3rd Festival of the Computer Arts Maribor Slovenia; Tickle, Cranking Out Paradigms, the Electronic Arts Festival, Vancouver;  and germ originally Monstrous caused, the 6th International Symposium on Electronic Art (ISEA 95), Montreal.