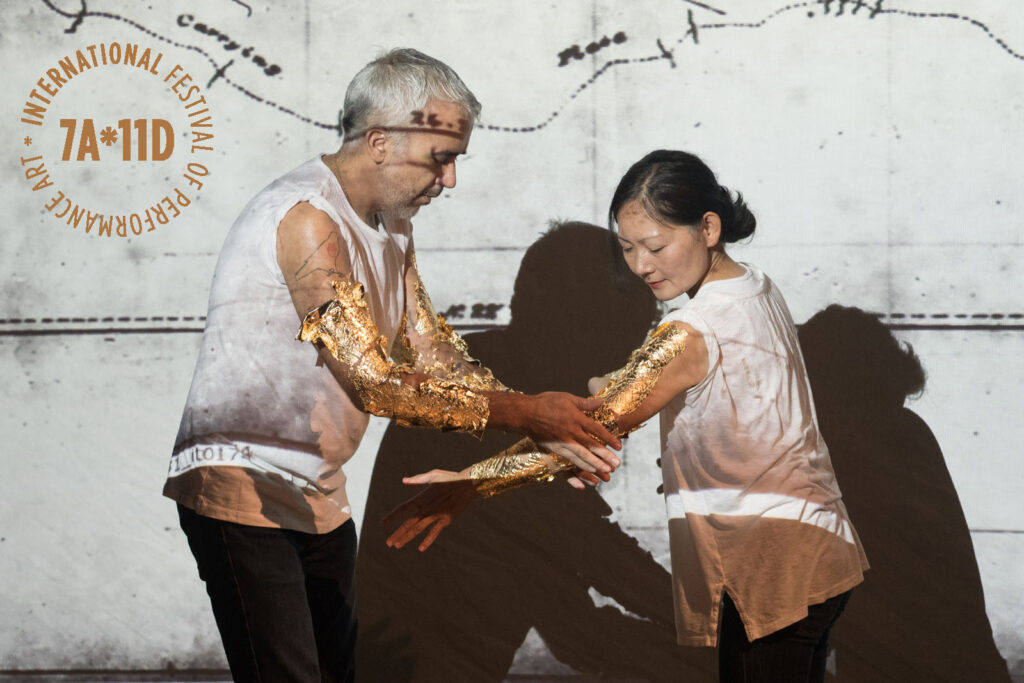 What does it mean to be new to a place? To pass through with respect to others? Even before meeting the original people, and the complex stories that voice place, how do you get ready to travel and meet a new land? In this performance, Morin and Goto invoke their respective ancestries (Tahltan/French, Japanese) through water activations, spirit, and play. The spirit of travelling and movement exceeds political containment. Morin and Goto offer this new performance as an honorific act to the original ancestors and our new home in Tkaronto (where there are trees in the water).

Peter Morin and Ayumi Goto are best friends and performance artists. They sing together. They laugh together. They cry together. They debate ideas and plan for the destruction of the european colonization of canada. Morin and Goto have exhibited throughout canada and internationally. They also like to jump.