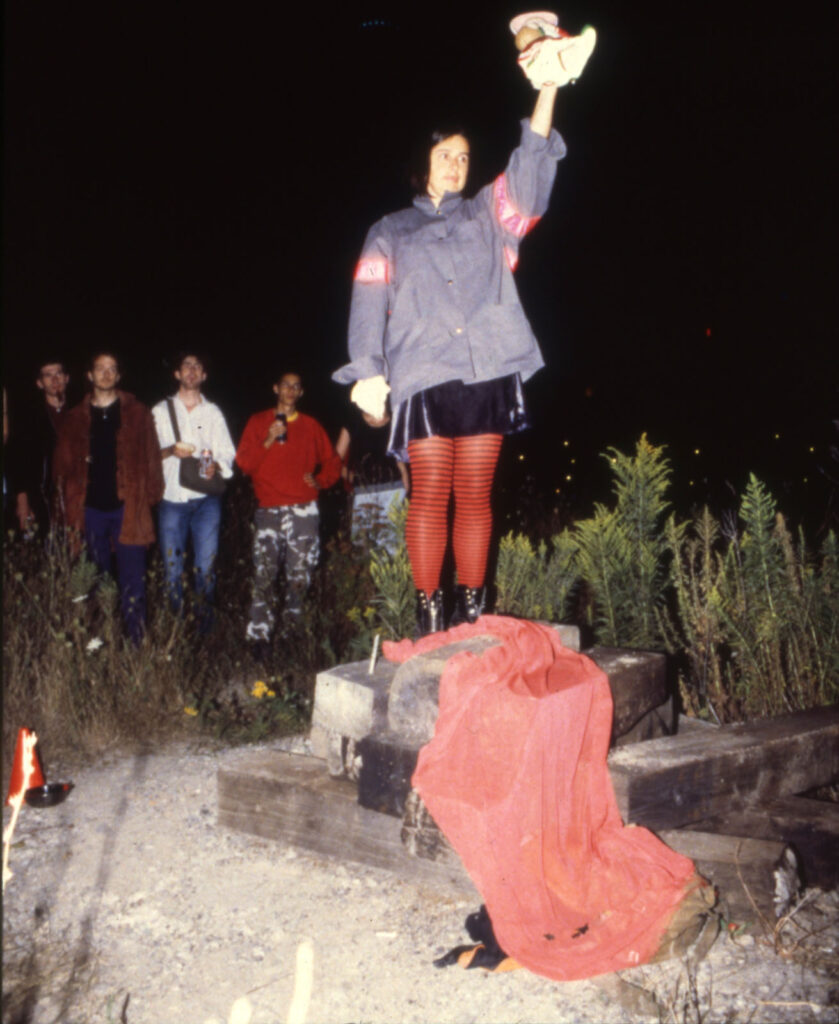 This event is similar in theme and practical application to a series of performance events held in Toronto over the winter of 1997-98, organized by Jubal Brown and Stephen Rife. Entitled the Wasteland Series (I, II & III), large, abandoned industrial spaces were used for site-specific performances and installations by roughly 10 artists each time.

Born in Romania, Iona Georgescu is a performance artist, video maker, writer and curator from Montreal.