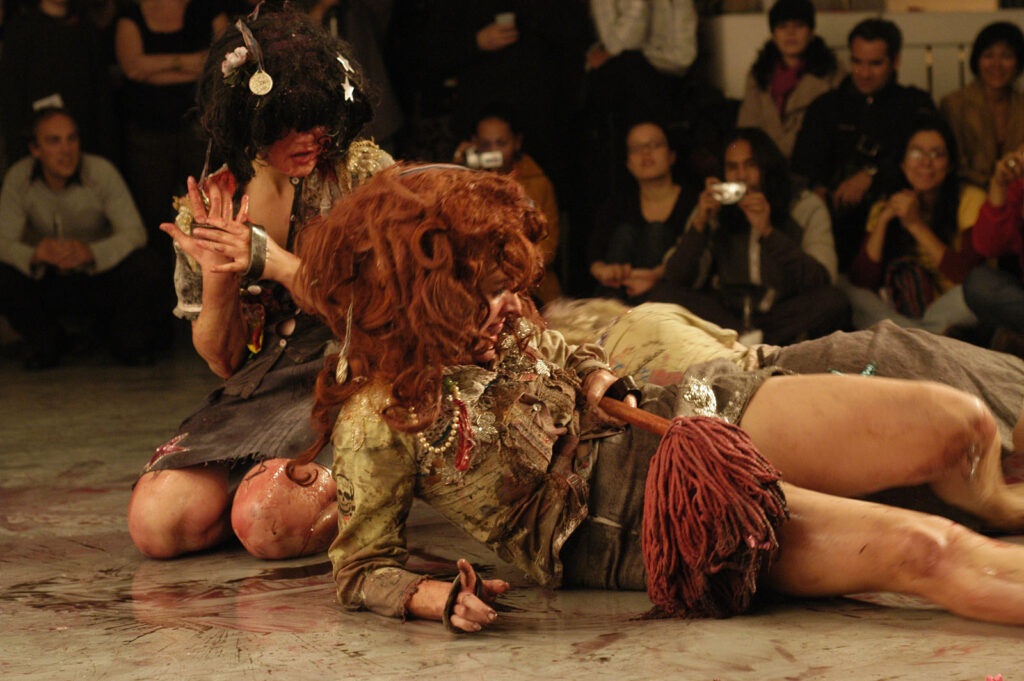 First, you thought that enrolling was going to simplify things. You felt you had a vision. Then after a while, you wanted to reduce your participation. Take a little time off, amuse yourself, sit back and relax…You probably thought that you could just forget that you had the responsibility. Finally you realized that you were in a complete mess. And yet you held the torch too. You thought of going back but discovered that by then it was too late…

Les Fermières Obsédées is a performance collective founded in 2001 by Annie Baillargeon, Eugénie Cliche and Catherine Plaisance (along with Mélissa Charest, who is no longer part of the grouop), and based in Québec City. Their name, translated as “The Obsessed Farmers’ Wives,” ironically alludes to traditional notions of women’s creative networks, such as the quilting bee. Their performances, often taking the form of tableaux vivants or public spectacles, satirize and confront pervasive cultural attachments to conformism, fashion, and mediatized images of femininity. They have performed in Québec, Canada, Ireland, Wales, Poland and Australia.