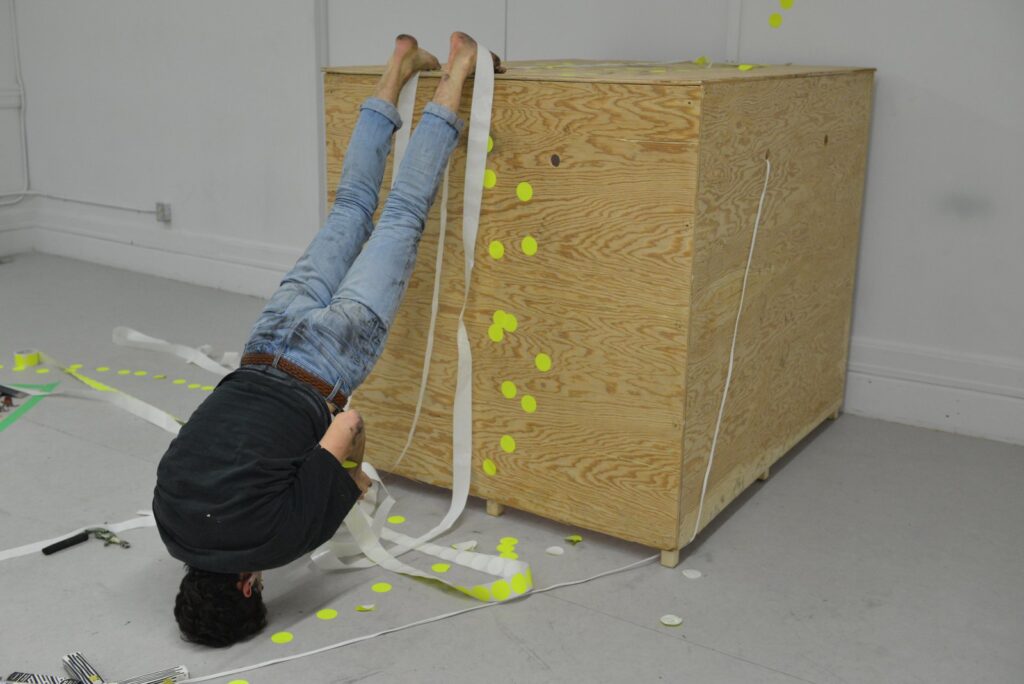 My practice addresses the intersections between bodies and space. Connecting with the smooth/rough and the regular/unpredictable flow of life, I attempt to critically reevaluate my environment, time, and the impossible. In doing so, I hope to generate knowledge by engaging in acts that most have discarded as unfeasible, unthinkable, and absurd. The altered point-of-departure becomes an exploration and questioning of physical, social, political, linguistic, and spatial norms. Embodying text and challenging language are fundamental in addressing identity and posing critical perspectives on making and living.

As an interdisciplinary artist, Didier Morelli combines his performance practice with academic research. In 2013 he had a solo exhibition at Katharine Mulherin Gallery (Toronto, Canada). He participated in the 2012 edition of the Scotiabank Toronto Nuit Blanche, at Whippersnapper Gallery, as well as the 2014 edition of the Performance Arcade in Wellington, New Zealand. Based in Chicago, he is currently a PhD candidate in Performance Studies at Northwestern University.