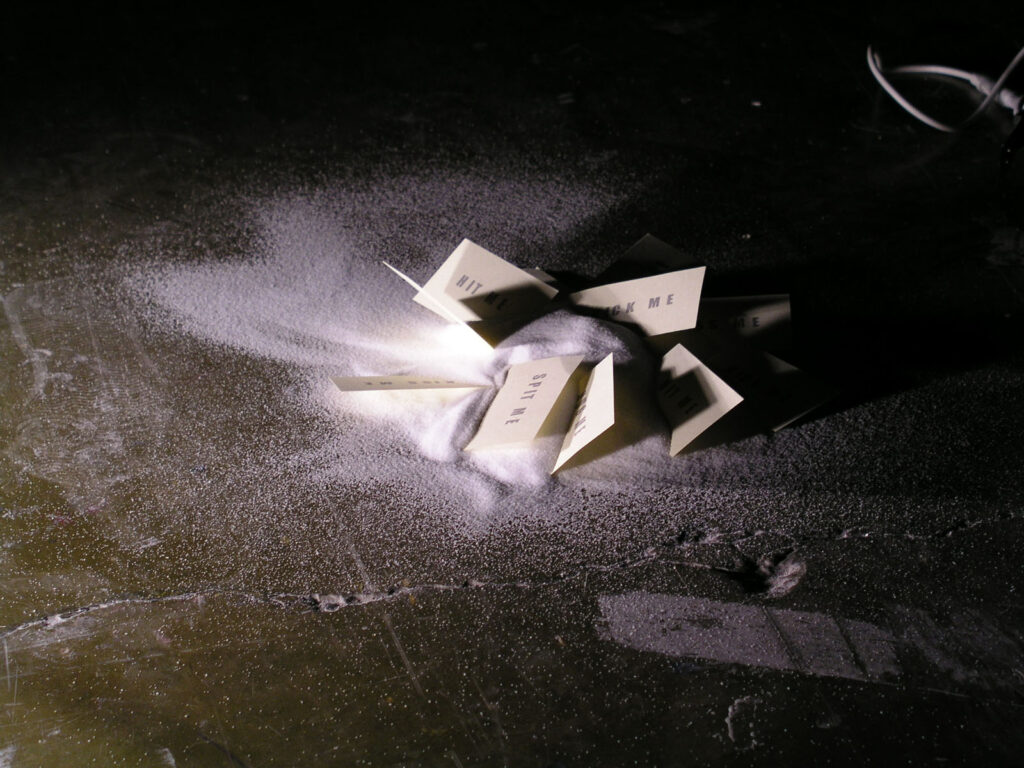 “I am interested in the relationship between myself and the others, and how I am the ‘other’ of the ‘other’, with its implications in the construction of my own self as a male artist, in an era where the image of the ‘other’ is validated through the use of technology; in particular, I am interested in the use of surveillance technology as a media of exploration of our relationship with the perceived world of the “other”, in fear and distrust. I want to explore the natural other, i.e. women, to also confront the notions of male dominance and female power. This work is a reflection on a historical performance by Allan Kaprow, Satisfaction (1976), re-constructed in a post-war-on-terror world, re-analyzed from post-modern feminist thinking.”

Alexander Del Re is a long-time scholar of Performance Art history. He has worked as a performance artist since 1993, performing in Chile, Bolivia, Argentina, Spain, USA and Canada. In addition to his solo work, he collaborates with Camila Schliebener in sound performance experiments of the duo “Girls in a Cage”, publishing under the independent label Bad Format Records, producing audio material for performances and films. Del Re teaches Performance Art in several universities in Chile. Since 1997 he has been a producer and curator of international and local performance art events, beginning with Performare, the first international Performance Art event ever presented in Chile. He has published numerous articles in journals, catalogues and online publications. His essay “Confronta tu Icono” (Confront your Icon), is included in the recent Anthology of Latin American Performance, compiled by Josefina Alcazar.