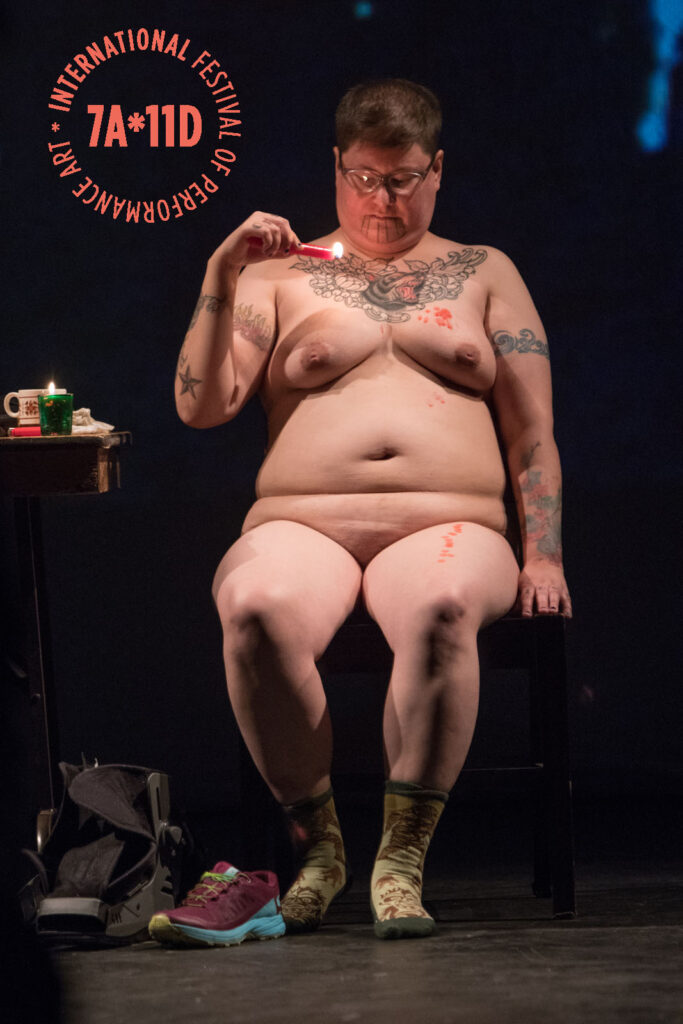 Love Is The Only Socially Acceptable Psychosis
Wednesday October 3 8:30 pm

Alternating between live and recorded performance, this work presents the artist as a vessel for uncontrollable emotions as she connects her experiences of falling in love with her experiences of manic psychosis. Using ritualistic performance techniques practiced in the privacy of her living room during an early manic episode, she will construct a space of magic and tragedy, of mixing love and mood disorders, using household objects and video projection.

Thirza Jean Cuthand (b. Regina, Saskatchewan, 1978) makes experimental narrative videos and performances, which have been exhibited in festivals and galleries internationally. She completed a BFA in Film and Video at ECUAD, and an MA in Media Production at Ryerson University. She is Plains Cree and Scots, and resides in Toronto.