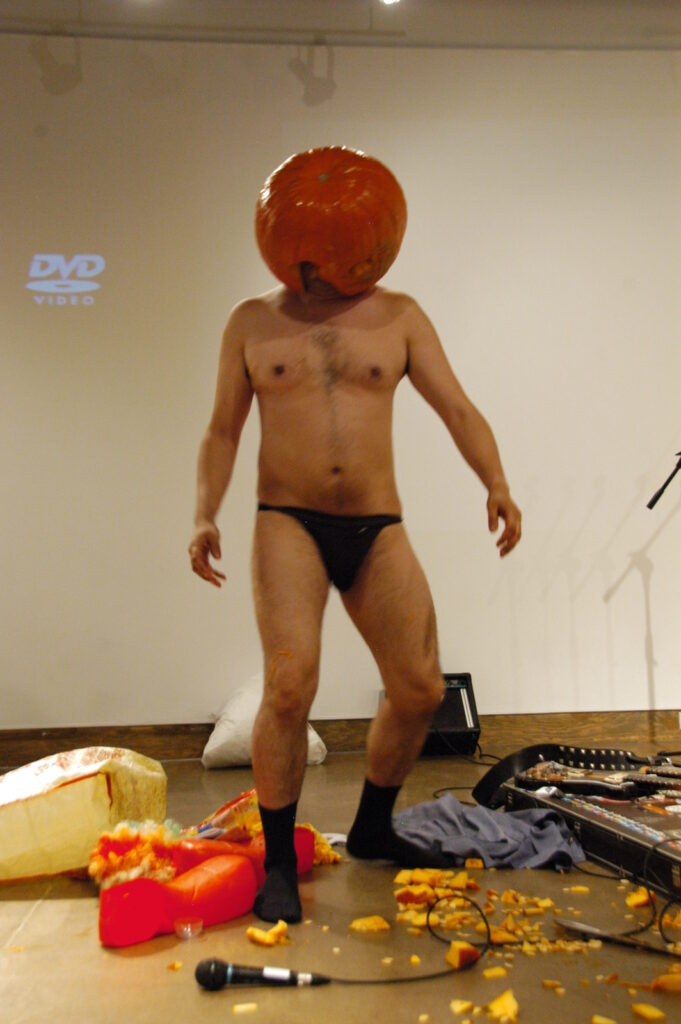 With this third installment of Exercises In Failure, I intend to do my most asinine interpretation yet: to base a performance on Bruce Nauman’s Clown Torture. Nauman’s piece features clowns in cages, clowns talking in “clowny,” clowns screaming in pain, clowns walking through doors and being hit over the head by plastic buckets. All of these actions occur simultaneously in looped videos, on monitors with the volume cranked to the max, creating an immersive, cacophonous, disorienting experience for the viewer. To attempt to “perform” this all-encompassing video installation (especially since it is composed of so many parts) as a piece for a solo artist is the most misguided, monumental act of stupidity yet.

Ulysses Castellanos was born in El Salvador, and spent his childhood skipping school and traveling by bus through the streets, dodging bullets, hanging out with unsavory characters and sneaking into movie houses. From an early age he fell in love with television, which was his inseparable friend and confidante. His favorite shows were The Hitchcock Hour and Barnabas Collins (a popular werewolf/vampire drama). His recent exhibitions include The Life and Death of ID at the McMaster Museum of Art, and the Konkordja Biennial of Young Artists in Vrsac, Yugoslavia. Curatorial efforts include Death…It’s Out There at TPW and Edible Women at De Leon White Gallery.