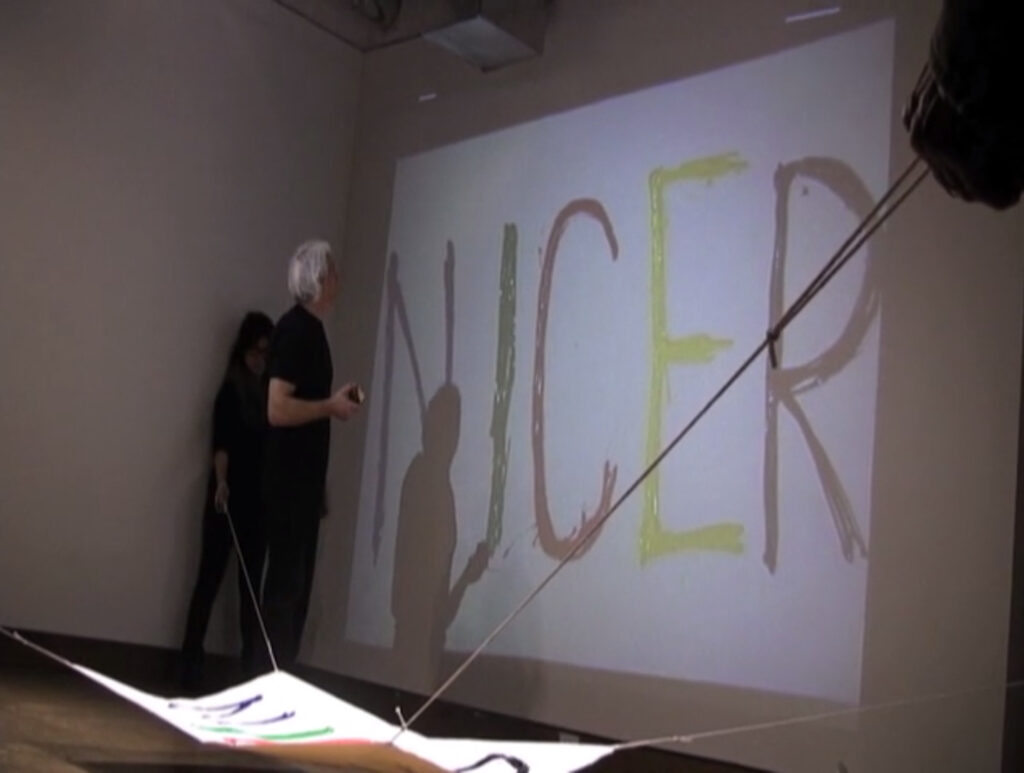 This performance is a link between live art and painting; we could say “action painting” but in a way that gives the action itself a new, strong context in its own right, not just as a way to obtain an aesthetic effect. Here, life – although with a fragmented, symbolic gesture – enters the action of painting in order to create an image that is directly linked to “the everyday,” to common activity. The artist indicates that art is for him an ongoing process and performance is a life attitude not just an occasional “act.”