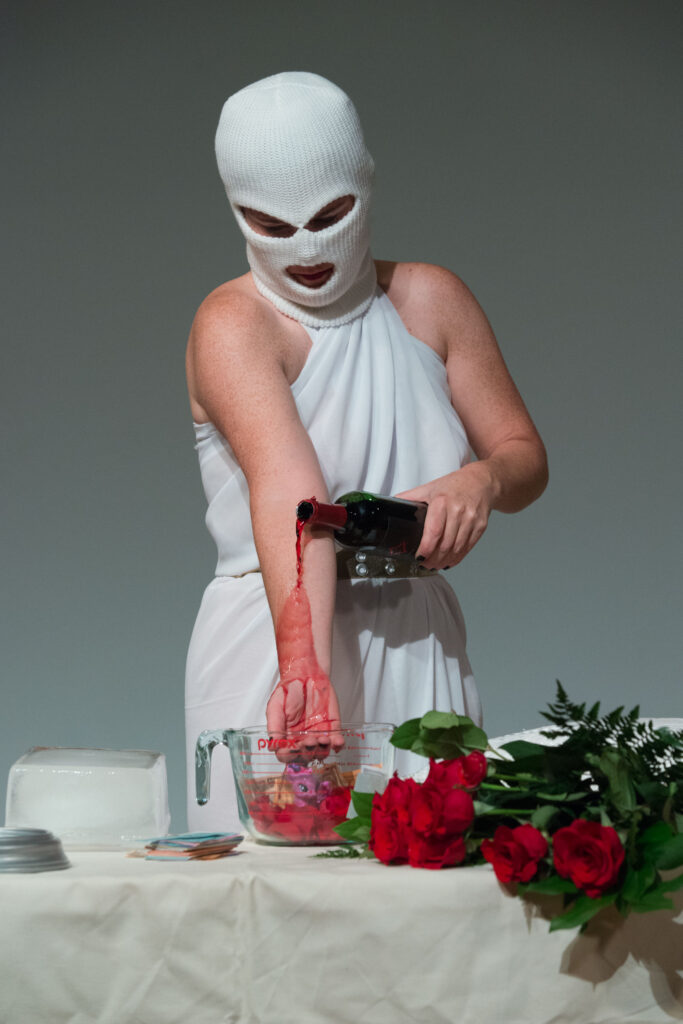 Justice (After Margaret Dragu) is an homage not only to those of us who seek freedom from arcane systems of power, but also to artist Margaret Dragu and her well-known persona Lady Justice, who bears witness to our determination to exact judicial reform. My performance will reflect on issues of violence and sexuality in the 21st century. I bring to the conversation current feminist critiques that stem from the #ibelievesurvivors, Slut Walk and Stop Rape movements. Justice (After Margaret Dragu) explores the interrelation of fear, (in)justice and the body, following themes of agency, power and intersubjectivity in my overall practice.

Kate Barry’s work investigates the performative capacities of the human body through video, drawing and performance art. She received her BFA from Emily Carr University of Art & Design in Vancouver, and her MFA from the University of Ottawa. She has exhibited and performed works both curated and self-produced throughout Canada as well as internationally.