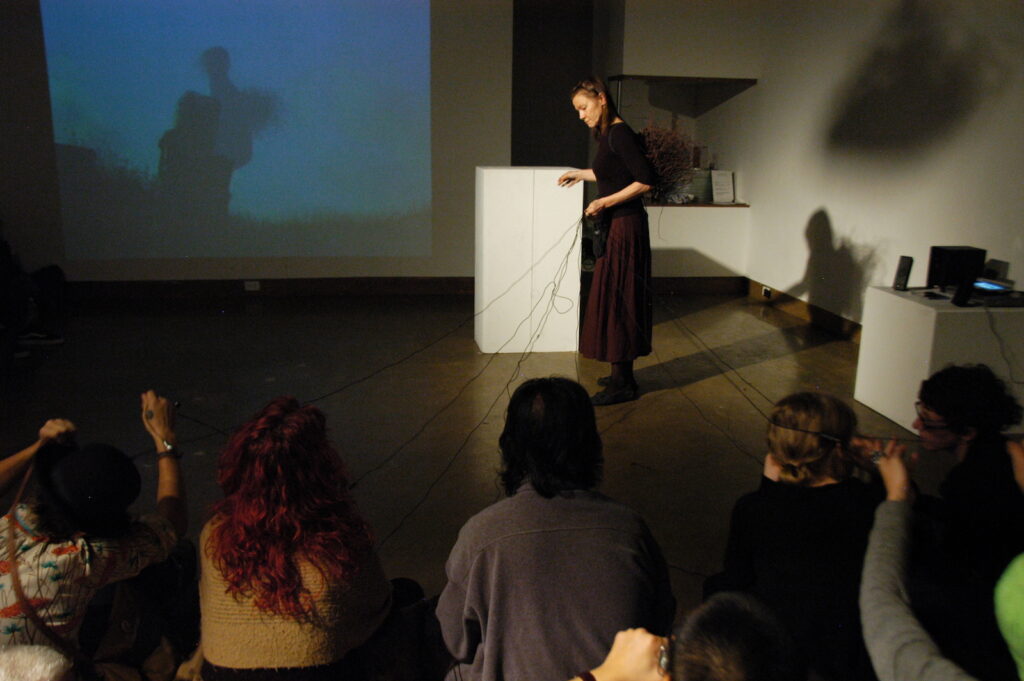 Witches’ brooms, messy conglomerates of branches caused by the fungus Taphrina betulina grow on some birch trees. In Finnish they are called tuulenpesä, wind nest. On Harakka island in Helsinki where I have my studio an old birch full of them was damaged by a storm. I kept a large one as memento. Since then I have been performing with it in various places, combined with video and sound.

Annette Arlander is Professor of Performance and Theory at the Theatre Academy, Helsinki, Finland. Her research interests include performance as research, performance studies, site specificity, landscape, and the environment. During the ’80s Arlander worked with the performance art group HOMO $. Since then she has semi-seriously been called “the priestess of the avant-garde.” In the ’90s she studied the use of space in performance, especially the theatrical use of found spaces in site-specific work. Her first book Esitys Tilana (Performance as Space) was published 1998. She completed her studies for Doctor of Arts (Theatre and Drama) at the Theatre Academy in 1999. From 2000 on most of her work has been concerned with performing landscape by means of video or recorded voice.

Presented with the support of FRAME Finnish Fund for Art Exchange.

Additional documentation of this performance and its context within the artist’s larger research can be found at https://www.researchcatalogue.net/view/61895/61896 (see item 8 for details from the Toronto iteration).