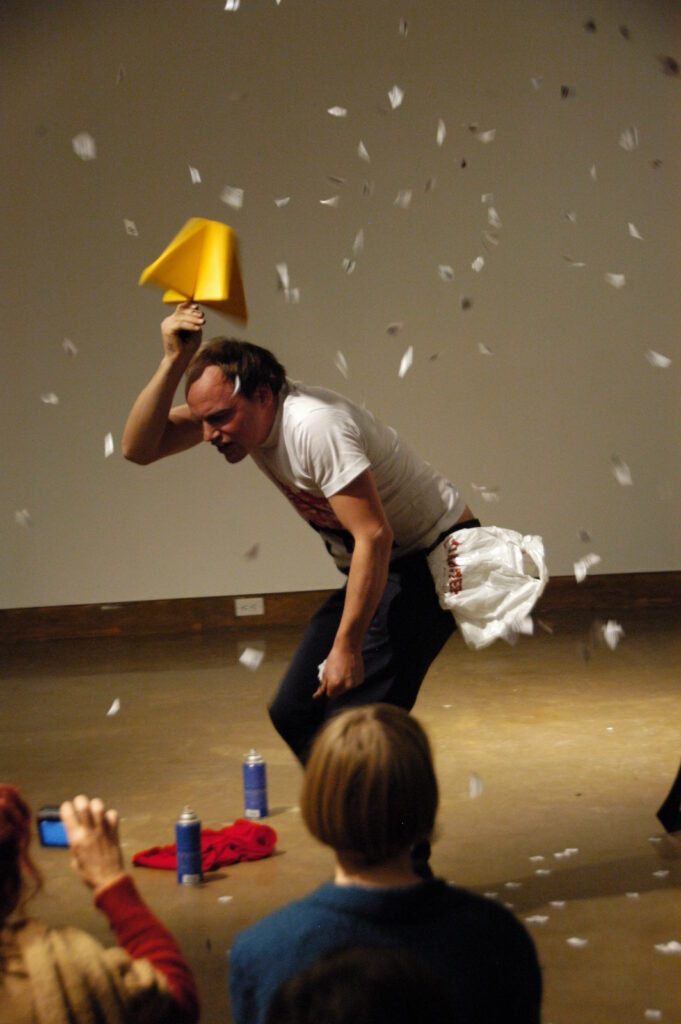 Francis Arguin’s performance work questions human behaviour by manipulating codes and symbols in an aesthetic way. Working within restrictive systems, he elaborates on an action, resulting in performances that are simultaneously rigorous and delirious. Introduction to the body-orchestra will add a spectacular dimension to daily gestures through the creation of a live sound track produced entirely with the body and some rudimentary tools. Graphic elements, such as pictograms, will also be employed to breathe new meanings into common gestures.

Francis Arguin has presented performance works throughout Québec, in the USA, South America and Europe. He also creates installations and is a musician.