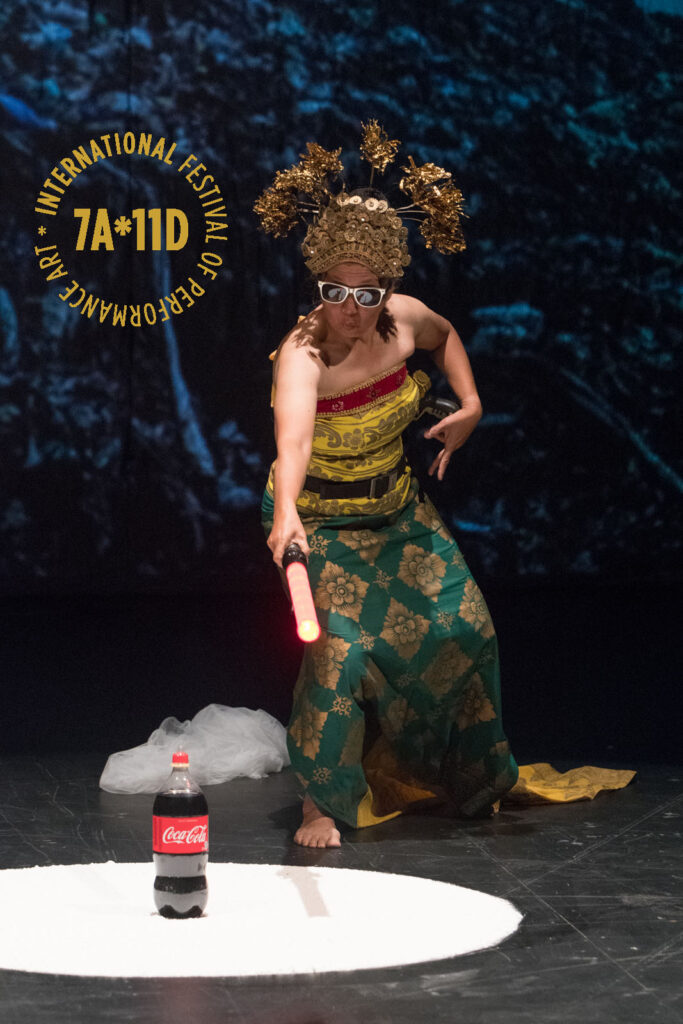 Handle Without Care is a critical statement on a consumptive economic system that has marginalized indigenous cultures and ways of life. The work also speaks to how identity politics and religion are being instrumentalized.

Arahmaiani‘s work grapples with contemporary politics, violence, critique of capital, and the female body. Her Muslim identity mediates between Islamic, Hindu, Buddhist, and animist beliefs. She combines her critical attitude toward Islam with a fight against its general stigmatization. Since 2010 she has been working with Tibetan monks in the Tibetan Plateau to address environmental issues.