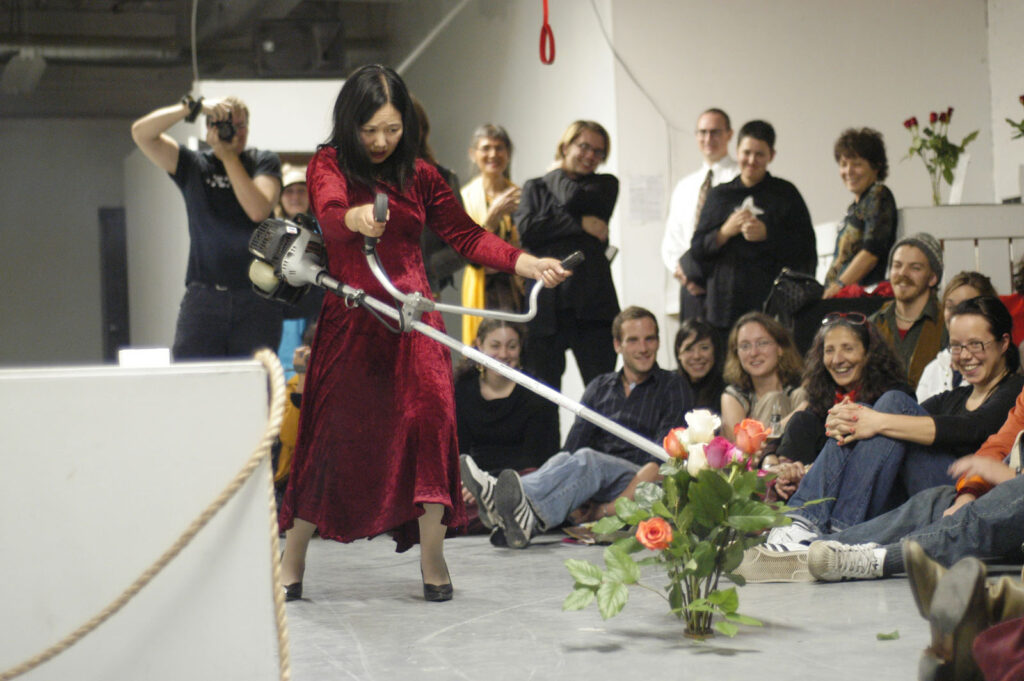 In my country, one can find many people who are afraid of being hurt so they decide to live in virtual reality. For example, there are adult men who are seriously in love with cartoon characters – girls that are still children but have all the curves. Or take the people who are into dating websites. Since it isn’t necessary to give others their personal information, they don’t need real commitment and they can erase their relationships whenever they want. I will discuss these social phenomena with a series of actions in which I attempt to conquer limits and rules that are self-produced.